We provide guests with the best seats in the auditorium!

Fire of Anatolia in Alanya

Fire of Anatolia in Alanya - The legendary dance show from Alanya is a trip to meet the needs of the guests coming to our district from the top screen. Book your place for the world-famous dance show at the spectacular Aspendos Arena show center just twice a week

Fire of Anatolia in Alanya Explanations

The fire of Anatolia in Alanya - If the basis of a job is to serve people, humanity, or the convergence of civilizations, it is not even a job that this job you started did not succeed. When you ask the secret of success of successful doctors, teachers, businessmen, and people who see peaks in other professions today, you hear the saying, "Because I love what I do." In 1999, when Mustafa Erdogan founded the Fire of Anatolia group, then known as Sultan's of the dance, he aimed for one thing: the peace of Anatolian cultures, the blending of ancient civilizations, and the introduction of this eye-catching mosaic to the world. Due to the difficulty of finding dancers on the eve of the band's new establishment, the way to advertise in newspapers and magazines was chosen. The fact that 700 people suddenly came to the head was an indication of how much such a group is needed in Turkey.

By being selected as the 50 best dancers among them, we see that the basis of today's success was established at that time. Long hours of training, injuries brought about by difficult movements, made the Legendary dance group from Turkey a brand in the world.

What the Minister Tours sales staff have identified is that guests coming to our country should apply to the guests who come to our country to see what we need to do to participate in the trip without introducing the Fire of Anatolia in Alanya. This issue is an indication of how much this world brand coming out of Turkey and Anatolia contributes to the promotion of our country. As Minister Tours, this makes us proud and makes the dance show program from the city a favorite of the travel varieties.

We would like to inform you of how this activity is performed. The famous dance group performed at the Aspendos amphitheater until 2015. Due to the lack of capacity, a 5000-seat show center called Aspendos Arena was established in an area not far from the amphitheater. Since then, a tour of Fire of Anatolia in Alanya has been held there. Show days were announced two days a week on Tuesdays and Fridays. Two works titled The Legend of Troy and the Dance of Anatolian peoples were staged.

You can also check out and Book Kursunlu Aspendos Side Tour from Alanya to have a different choice to visit the same place in the morning to discover all its History./.

The Dance show begins with a transfer from your address in the afternoon. Accompanied by our guides, our group, which is moving towards Aspendos Arena in air-conditioned cars, takes a break before the show for dinner. Dinner is included in the price and is served as a buffet. After dinner, a short briefing is made in front of the Arena before the show. We would like to say with pride that Minister Tours allocates you the best sights to see the stage in the Arena. This is because we agreed to buy show tickets before the summer season started. There is a 20-minute break after the first part of the program. Our Fire of Anatolia in Alanya ends with you being dropped off at the addresses where you were taken after watching the second part.

Due to Coronavirus disease, all safety and health points are provided to dear travelers. In addition to disinfectants, masks are also available. 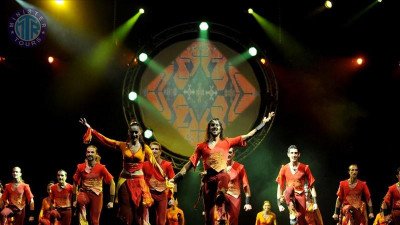 Minister Tours gives you the privilege of sitting in the seats that best see the stage in the show. Call our operators and order your prepaid Aspendos arena entry ticket

Fire of Anatolia in Alanya Programm

Don't Forgets cushion, mattresses, and something similar to it, because the seats are hard, seasonal mosquitoes to protect you from the spray would be accurate.

This group has been established for 20 years and in addition to Turkey, it has performed in 98 countries (including Germany, China, the Netherlands, Belgium, Japan, Egypt, Denmark, the United States, and Malaysia). The title of the fastest dance and a great variety of movements has been recorded in Guinness World Records and has been welcomed by many people around the world, you can visit this famous group and see a unique show in Turkey at summer season. 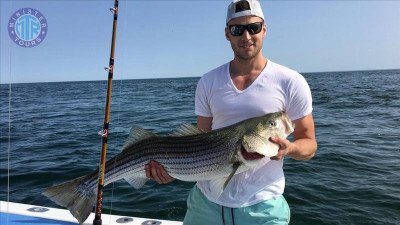 Fishing in Alanya involves swimming from the board and catching fish with different techniques, professional hooks are provided. You are waited by lunch on the yacht and enter ... 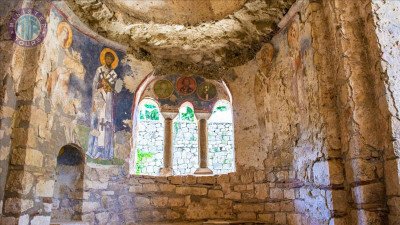 Demre Myra Kekova from Alanya program, you will have an Excursion around the ancient city and Peace with a visit to the Christian church of St. Nicholas. After the walk, you w ... 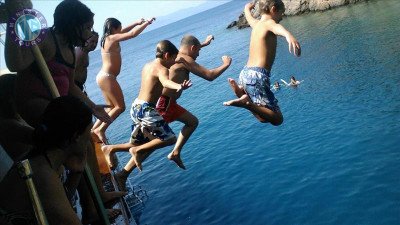 Alanya Viking Boat Tour includes sightseeing from the yacht. The route of the yacht runs past the famous caves - Lovers, Phosphorus and Pirate and includes swimming in the ope ... 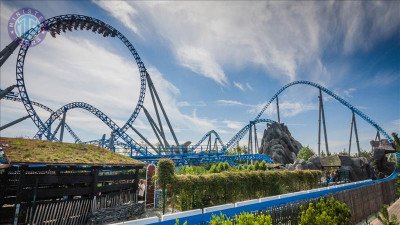 The Land of Legends Aquapark from Alanya

The Land of Legends aquapark from Alanya - If you have not been to Europe’s largest water park, then rather go to this Excursion. Here you will find over 40 slides and water a ... 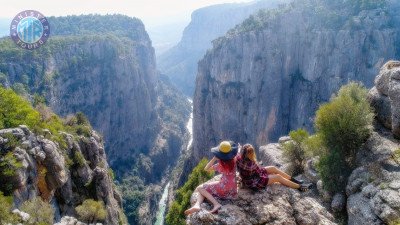 Tazi Canyon from Alanya is a new place on the tourist map of Turkey, which is open for you in the new season. The most breathtaking pictures can be taken in this canyon while ... 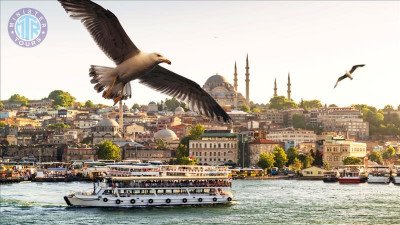 Tour to Istanbul from Alanya

Tour to Istanbul from Alanya with air travel, you will have a chance to get acquainted with the most famous historical places in one day - the Hagia Sophia mosques, Topkapi Pa ...