Bodrum to Cappadocia tour will be a real journey into a completely different, fabulous world. After it, you will look at Turkey not only as a country that provides an all inclusive vacation, but also as a keeper of ancient history, culture and traditions.

Bodrum to Cappadocia tour for 2 days - Cappadocia is an area located almost in the very center of the Turkish Republic and rising 1000 meters above sea level. If you look at the map, its total area is 5,000 square kilometers. The history of the formation of this region goes back more than 60 million years ago, during the time of active earthquakes and volcanic eruptions, the activity of which, together with weather conditions and time, led to the formation of such a unique landscape. Information about the first settlements dates back to the 3rd century BC. Cappadocia is often referred to as the cradle of Christendom. Surprisingly, it was its soft tuff rocks that became a shelter for Christians, who were fleeing first from the Roman pagans, and then from other persecutors.

Today this object is considered the most desirable among tourists. People come here almost all year round. However, stable, warm weather, without strong winds and precipitation, is established from May to September, when the average air temperature warms up to +30 during the day, and drops to +20 at night. The hottest - August - up to +40, but because of the low humidity, the heat is easily tolerated. But in the rest of the months the weather is more changeable: the sun is shining, then the frost hits, then the rain is pouring.

You can get to the "Land of Beautiful Horses" both independently, for example, by renting a car, or with a group excursion tour. In the latter case, the price of the tour already includes a transfer on a comfortable bus, which makes it inexpensive and accessible to absolutely every traveler.

The distance to be covered during an excursion to Cappadocia from Bodrum for 2 days is 869 kilometers, and you will spend about 13 hours on the road.

Minister Tours travel agency can offer other excursions from Bodrum, for example a fascinating Tour to Istanbul from Bodrum. You can find out more about the programs, see reviews, pre-order or buy immediately without prepayment on our website.

Goreme is the main tourist town and open-air museum, which occupies a leading position in the UNESCO World Heritage List. It is open daily from 8:00 am to 7:00 pm.

It is also interesting for curious travelers for its cave hotels, which allow them to soak up the atmosphere and spirit of this place and relax after many hours of walking.

Churches carved into the rocks, it is on its walls that a large number of ancient frescoes have been preserved, which depict the crucifixion of Christ, the Last Supper, the faces of saints, among which you can see St. George the Victorious, who was born on these lands.

The Uchisar Fortress is a 60-meter rock, once dotted with living rooms, in which up to 3 thousand people lived. On a spiral staircase you can climb to the highest point, where an observation deck is equipped and admire panoramic views that will take your breath away. Valley of Love with 40-meter stone giants.

Underground cities, with developed infrastructure, going down many floors, and much more.

The most spectacular part of an excursion to Cappadocia from Bodrum for 2 days will be the balloon festival, or the flight itself. The average price of a balloon flight for one person is €100. Rocks, valleys, canyons painted with the red rays of the rising sun are worth an early rise and the money spent. 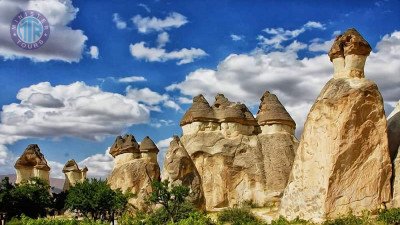 Bodrum to Cappadocia our advantages and the reason for choosing

Excursion to Cappadocia from Bodrum includes comfortable bus, the best guide-instructor, a tour program that allows you to see as much as possible

Tour with all entrance tickets - €65.

Includes Transfer, tickets within the tour, rest in a 4 * hotel (night), dinner and breakfast the next day, English-speaking guide throughout the tour.

Excludes At the request of the guest: lunches in a restaurant, a trip to the Balloon Festival, Turkish Night show, balloon flight, entrance tickets to attractions. 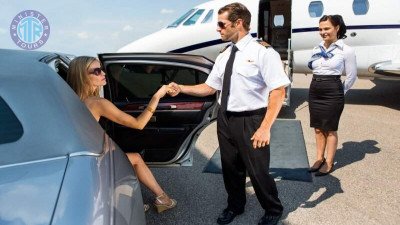 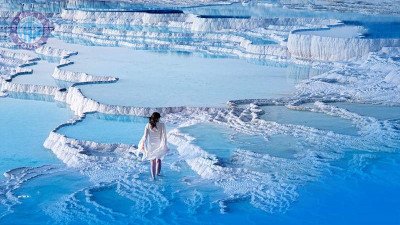 Bodrum Pamukkale tour is a natural treasure of the country, which every tourist should visit while vacationing in Turkey. Snow-white travertines, the ancient city of Hierapoli ... 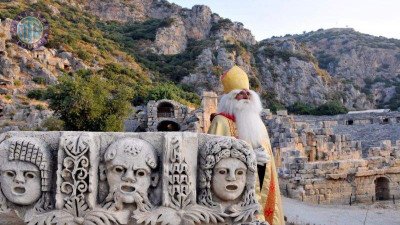 Demre Myra Kekova Tour from Bodrum is a tour of historical places, the program of which includes a visit to the ancient cities of Demre and Myra, as well as the island of Keko ... 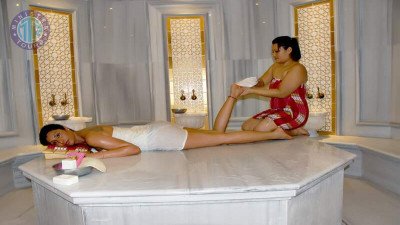 Hamam Bodrum is the first procedure that you need to perform while on vacation in Turkey. A perfect tan is guaranteed for every client Vip Turkish bath, best spa center and ma ... 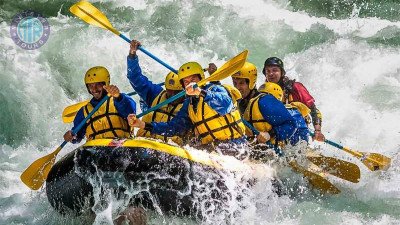 Rafting in Bodrum is a tour refreshing option for an active summer vacation for lovers of non-standard entertainment. Extreme sport on the Dalaman river for affordable price ... 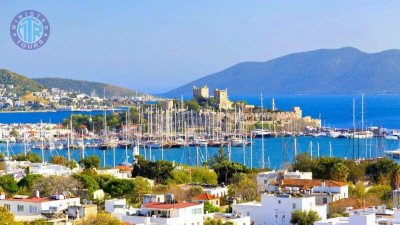 Bodrum city tour this is a great opportunity to fully get acquainted with the ancient history of the city in just one day, walk along its ancient streets and ruins and fully e ...