Antalya to Cappadocia excursion is an opportunity to admire the sights of Turkey, a unique chance to fly in a hot air balloon and be a guest in rock houses.

Antalya to Cappadocia excursion is one of the most beautiful and unusual places in the eastern country, which is popular with travelers' lunar landscape, cities located underground, houses, and churches carved into the rocks. There is something to see, so tours in this direction are very popular.

Many tourists are interested in how much to go from Antalya to Cappadocia. The one-way road distance 538 km.

The whole area is part of the UNESCO heritage. This is not surprising since the landscape of the area was created by Mother Nature 60 million years ago. Natural processes contributed to the formation of pillars in the form of mushrooms, pyramids, undulating canyons. There are legends of Cappadocia, according to which, the fourth part of the world-famous Star Wars appeared due to the fact that the creators of the film epic inspired local landscapes.

Adventures will begin in the Land of Beautiful Horses. At the Open-Sky Goreme Museum in the village of the same name, you will find a visit to the monasteries in the rocks and unique frescoes. The walls of the fortress city of Uchisar offer a beautiful view of the surrounding area, and the Pashabag Valley is famous for its mushroom cliffs. The stop is also provided in the town of Avanos, where everyone will be able to practice weaving and pottery.

The underground city will also be visited as part of the event. During the tour, there will be an acquaintance with the history of the eight-story building, its builders, and layout. The next stop will take place in Selim, where travelers will be able to visit the rock monastery and admire the beautiful scenery. The program includes a descent into the Ihlar Valley along the river, a walk through the canyon, and lunch in the restaurant. At the final stage, you will be able to admire the views from the Pigeon Valley and Gerem, from where you get beautiful photos for memory.

The Festival of Balloons in Cappadocia, as in previous years, is a beautiful sight, which is certainly worth a visit, and best of all - to fly. However, the cost of the tour flight is not included, so it will have to pay separately. The price of such pleasure - 100-150 euros per person.

So if your vacation has free time, we recommend choosing trip to Cappadocia from Antalya three-days.

Cappadocia has a lot to see, as there are quite a lot of beautiful places and historical monuments. Among them:

The Goreme Museum, located in the open air, deserves special attention. It is a group of rocks in which hollowed out large caves. All the attractions of the museum are located in them: chapels, churches, and monasteries. At the moment, 6 churches and many ruins from the former monastery have been preserved. When Goreme was born, there were more than four hundred of them.

The most visited church here is the Church of St. Barbarians. There are frescoes with faces, ancient images of saints, ochre, painted walls. Better to get into the spirit and history of the shrine will help the story of the guide.

Popular in Cappadocia Apple Church. She was so nicknamed because of the fresco of Archangel Michael, holding a red ball resembling a ripe apple. However, there is another version of the origin of the name - the building is located among the apple trees. The cave of the monastery resembles a cross, you can get into it only if you climb through a narrow corridor because the main entrance is destroyed. Inside are vaulted with 4 columns, decorated with frescoes with the faces of saints.

Benefits of booking a Excursion to Cappadocia from Antalya in our agency:

To go on Excursion to Cappadocia from Antalya will be able to all who want to diversify their vacation and enjoy the beautiful natural scenery and attractions with centuries-old history.

We offer a comfortable shuttle on the bus equipped with air conditioning and a low price for the service. You can book your place by phone or online. You don't need to pay for anything in advance - you pay in full on the day of the trip. If you have questions, contact the operator and provide the necessary information. 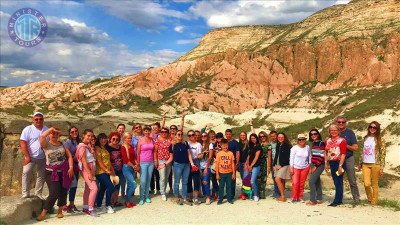 Antalya to Cappadocia our advantages and the reason for choosing

Excursion to Cappadocia from Antalya is The opportunity to try on the role of a weaver or potter, to try local wine. You can take beautiful photos against the backdrop of beautiful natural landscapes. Flying in a hot air balloon. This entertainment has already become a symbol of the city, like the Eiffel Tower in Paris. A good price for a great pastime without excessive extreme.

ATTENTION! Only Our company offers 2 breakfast, 1 dinner, 1 night 4-star Hotel and entrance ticket to Saratly underground city wich is included in the Price. 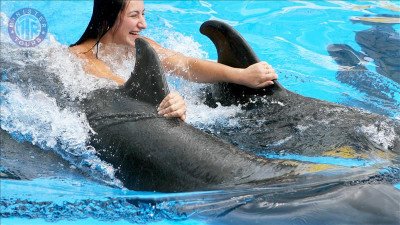 Swim with Dolphins in Antalya

Swim with Dolphins in Antalya is a great addition to the show of marine life in Antalya you can pet bottlenose dolphin, talk to him, swim, hold on to the fin. ... 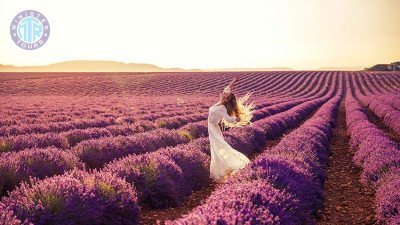 Lavender fields Antalya Turkey an interesting tour to the authentic village of Kuyucak in the Isparta region, which is rightfully the center of the lavender harvest in season. ... 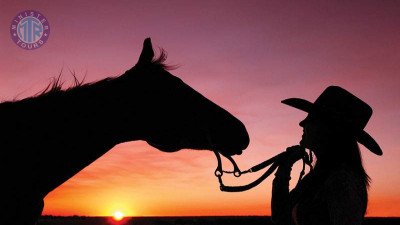 Horse riding in Antalya is a measured, but such an active and interesting safari tour, during which tourists will get acquainted not only with the beauties of the region, but ... 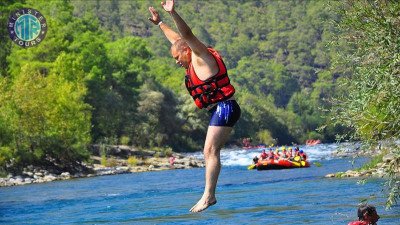 Buggy rafting Antalya is a fascinating extreme sport tour designed to entertain the country's guests. As part of the program, you can admire the beautiful terrain both on land ... 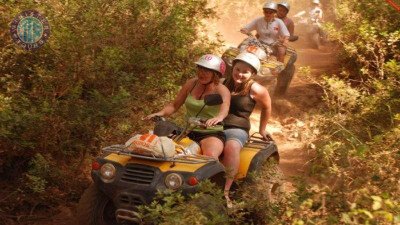 Antalya Rafting and Quad Safari tour this is an amazing trip of the scenic locations of the Köprülü National Canyon with a fun group on modern quads with river rafting. ... 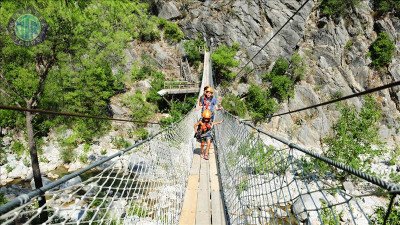 Goynuk Canyon tour from Antalya is an opportunity to admire the famous tourist attraction of Turkey, which was created by Mother Nature. This is a unique chance to descend int ...