The ancient city of Aphrodisias from Izmir

Aphrodisias Tour from Izmir is a fascinating journey through the ruins of a centuries-old history, which to this day is hidden in ancient buildings, monuments and sculptures that have been perfectly preserved since ancient times

Aphrodisias Tour from Izmir is an amazing tour to a beautiful corner of ancient history, which will appeal to all lovers of interesting facts and fascinating tours. It is perfect for children and adults, because it is such an inexpensive tour that will develop the mind and give it a lot of new thoughts for analysis and reflection.

Aphrodisias Tour from Izmir: the history of the ancient city

Aphrodisias Tour from Izmir, will allow you to plunge into the mind-boggling antiquity. The fact is that the policy itself was named after the Goddess of beauty named Aphrodite, in whom the ancient Greeks believed. From the moment of its construction, it managed to become one of the most famous religious centers in the whole country, because thousands of people who wanted to kneel before the beauty of the flawless Goddess purposefully came here.

You should definitely buy a trip here, because the area for the construction of the city was chosen really well, because it is located in a magnificent and truly picturesque area, which is full of greenery and has an impressive fauna. This location is located in the valley of the raging river Büyük Menderes, which seems to be lost and buried among the majestic mountains that have protected this area from winds and hurricanes for many centuries, and in the past protected the city from the misfortune of enemy troops. That is why the chronicles preserved information that Aphrodisias is perhaps the most impregnable policy among many other cities on the coast. It was also quite large and massive, and during times of rapid growth, its territory could reach as much as 520 hectares. Fans of such tours should definitely buy an inexpensive trip to Troy from Izmir.

Nowadays, the city can be called a treasure of Turkey and a great place to visit by booking a tour called Aphrodisias Antique City from Izmir. This is a well-restored and generally well-preserved open-air museum that is really in demand.

What can be seen as part of the Aphrodisias Tour from Izmir:

Aphrodisias Tour from Izmir Especially for those tourists who are not used to spending their holidays on the beach in an atmosphere of relaxation, there are special inexpensive historical tours. Fortunately, Turkey is truly rich in ancient history, the exhibits and architectural structures of which can be found here literally at every step in any of the resort regions. This tour will introduce clients to one of these locations, because it is only 230 kilometers from Izmir to the city.

Legends and mystical secrets, which are still buried in the ruins of the ancient polis, will be instantly revealed to tourists as part of a walk through the narrow streets of the once densely populated Hellenistic city, which once belonged to the ancient Greeks.

The city, which so proudly and selflessly bears the beautiful name of the Goddess, was able to survive quite a few different earthquakes, but still it managed to keep intact such architectural treasures as the Ruins of the Temple of Aphrodite, the main monumental gate, the majestic odeon, sculptures of various shapes and much more magnificent places that are sure to be included in the itinerary. Tourists will also visit an excellent pottery workshop and try themselves as a master. 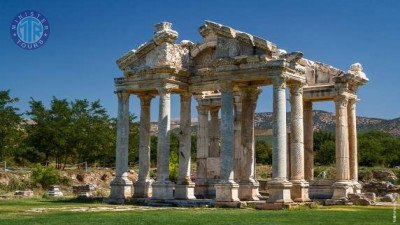 Aphrodisias Tour from Izmir our advantages and the reason for choosing

Aphrodisias Tour from Izmir includes transfers, entrance tickets, English-speaking guide, lunch and insurance, as well as a visit to a pottery workshop 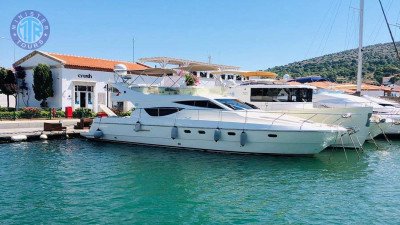 Izmir Boat Tour is an excellent option for a sea trip, which will not only give you the chance to carefully explore the coastline of the city and dive into the waters of the o ... 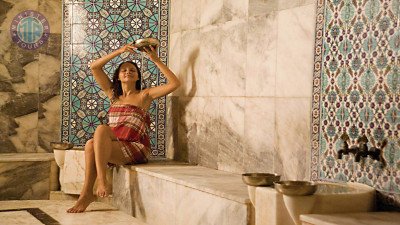 Hamam in Izmir is a relaxing tour that, in addition to a wonderful body spa complex, can also give you a deep immersion in the bathing culture of the ancient Turks. This is th ... 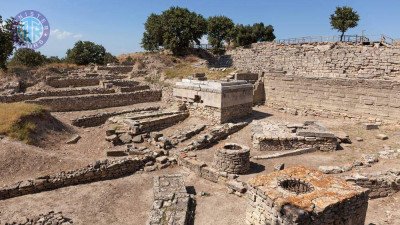 Excursion to Troy from Izmir

Excursion to Troy from Izmir is an incredible return to the past, which will help adults and children immerse themselves in the history of a majestic place that literally the ... 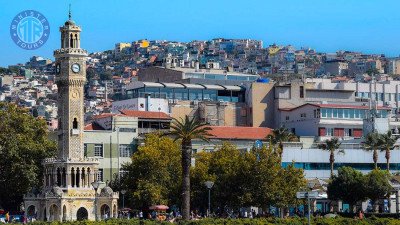 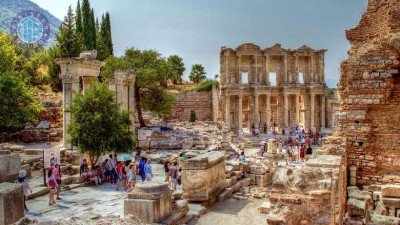 Ephesus from Izmir is a successful tour, the price of which includes the accompaniment of a English speaking guide, insurance, a hearty lunch, travel on high-class buses, and ... 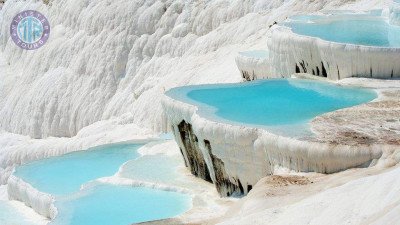 Pamukkale from Izmir is an amazing trip to the most photographed natural place in Turkey, which is a must-see for tourists with children, as it is here that the legendary Cleo ...