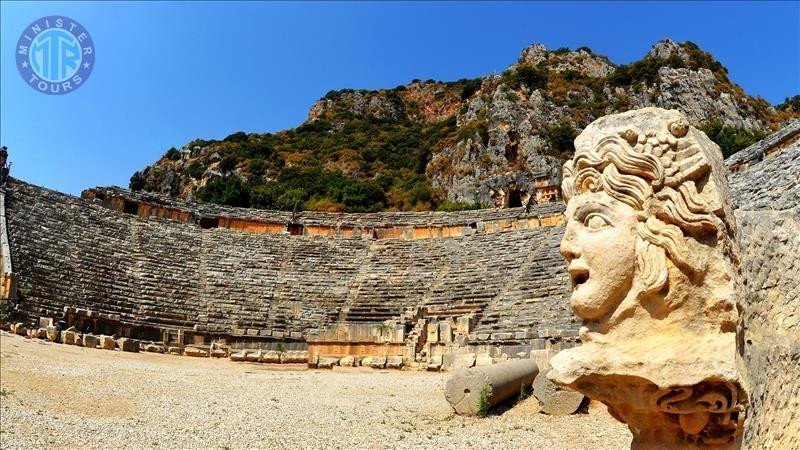 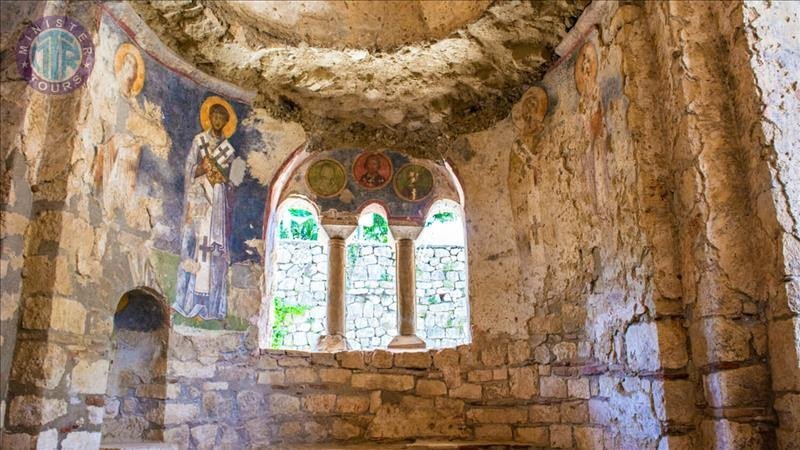 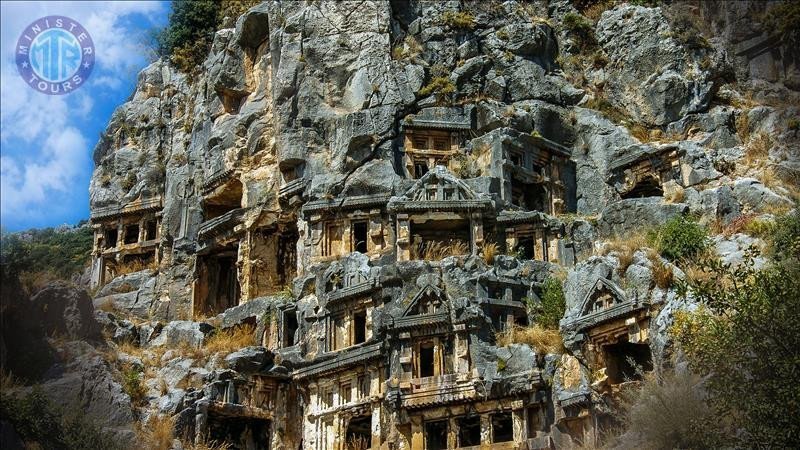 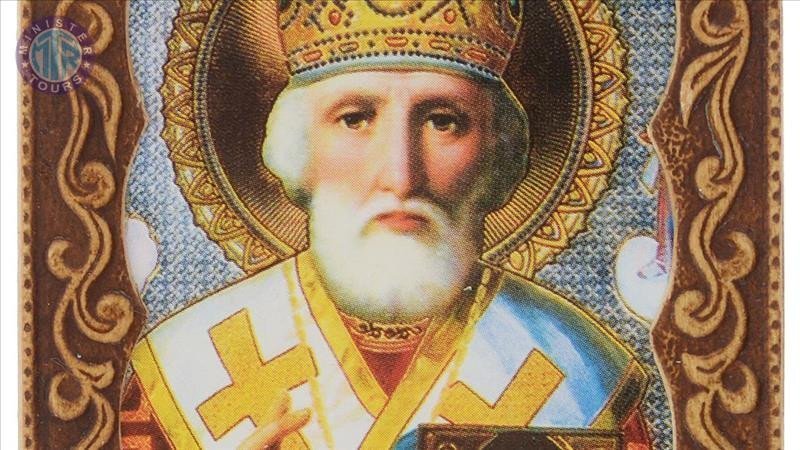 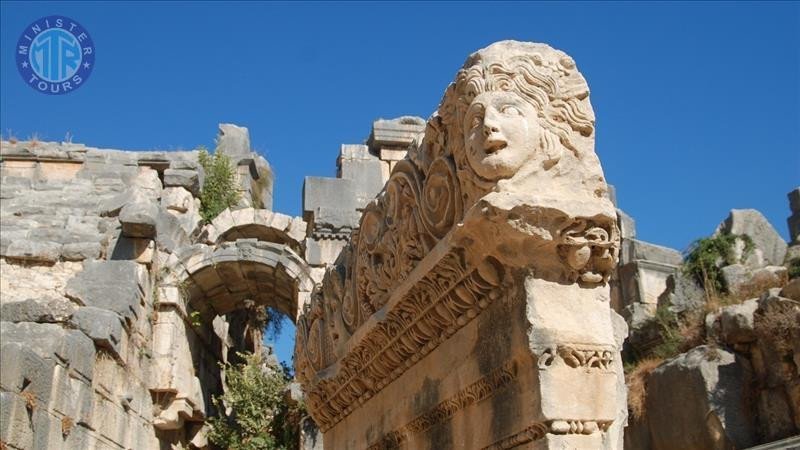 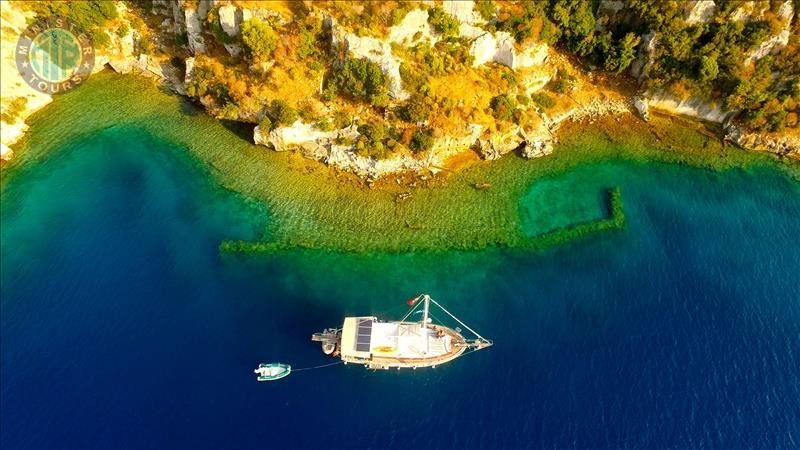 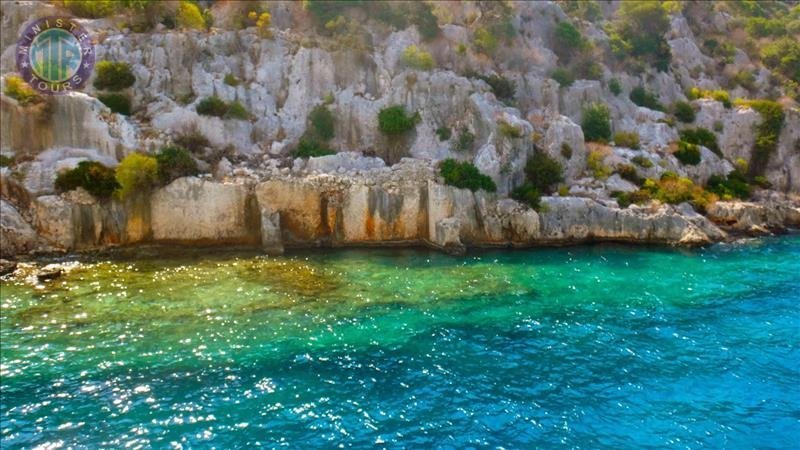 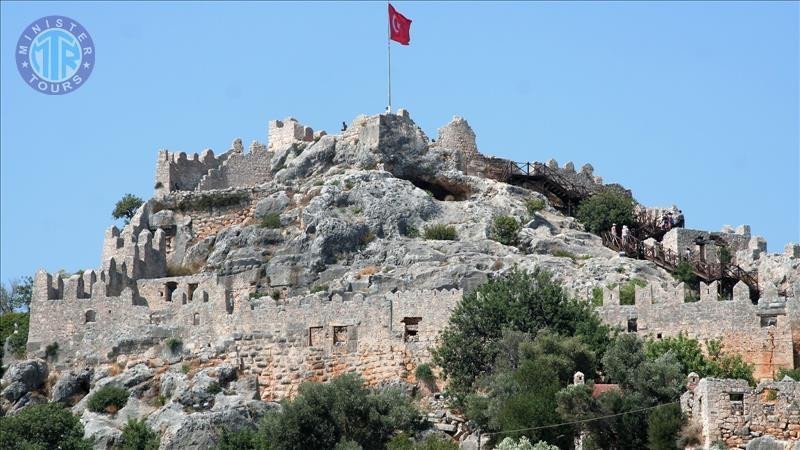 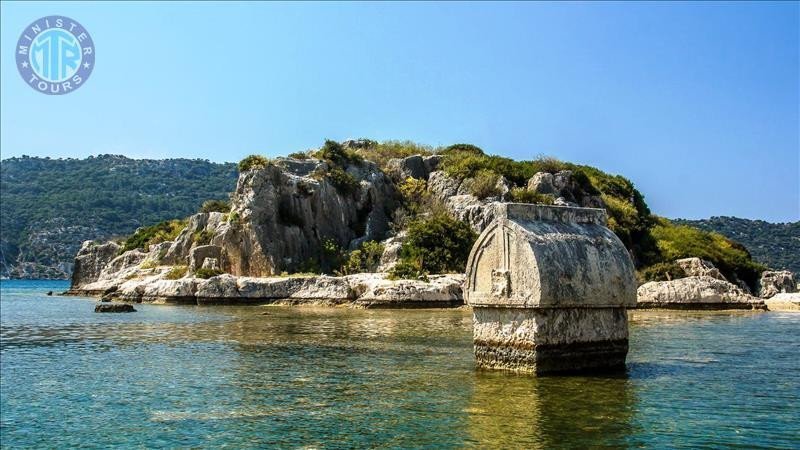 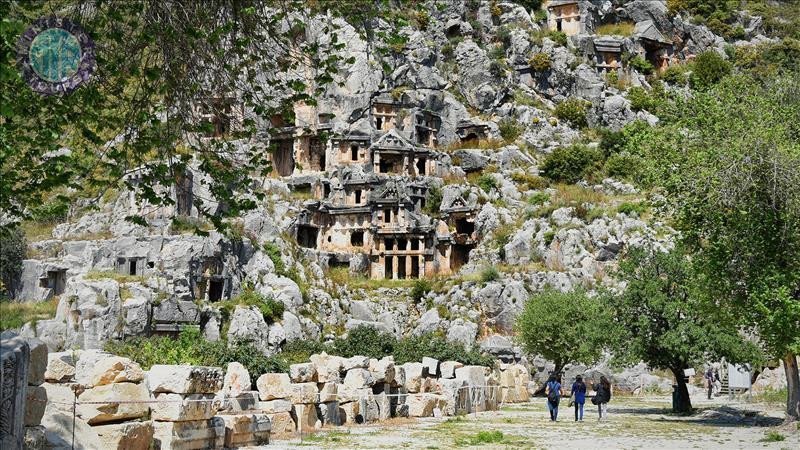 All the best attractions are collected in one route. Accompanying by a English-speaking historian guide. Cognitive tour. Tickets are included. The insurance is on. The sea walk to the island is on. Lunch is on.

Cognitive travel to the ancient cities of Demre Myra-Kekova from Kemer is one of the most popular excursions frequented by tourists. This is a long tour, so it should be planned for the whole day. During the tour you will visit: St. Nicholas the Wonderworker's Church, see the place where his relics were buried, see the Lycian tombs carved into the rocks, walk through the large amphitheater, and then walk on a yacht, where you will see the flooded city Kekova, you can even see some of his remains underwater.

If you are a big fan of sea travel, then rent a yacht in Kemer will surely appeal to you. Suitable for children and adults.

This tour is definitely worth its money, because the price in 2021 remained unchanged. Here you can make the greatest number of stunning photos and videos. The distance from Kemer to Demre will seem insignificant, thanks to our English guide-historian, who will tell you a lot of fascinating stories, interesting facts and legends.

The first stop you will make is the ancient city of Myra. Admission is included (adult price — 20 lira; for children under 6 — tee admission is free). The city of Myra was founded in the 5th century BC located near the city of Demre, just 3 to kilometers away. In the 3rd century BC it became an important religious center, because it was the church of St. Nicholas the Wonderworker, which was built in the 4th century, where he was born and served. The cathedral serves as a church only once a year on December 6, there is a service in honor of the birthday of St. Nicholas and many pilgrims come there to attend the service.

Until 1087, the relics of the saint were kept in the sarcophagus, later — were transported by Italian merchants to the Italian city of Bari. You can touch it and ask for something. Also, you will visit the ancient amphitheater (capacity of up to 10,000 people), which is perfectly preserved (was restored). There is amazing acoustics and there are still various events and concerts. In the amphitheater you will be able to feel the atmosphere of that time. The chairs where dignitaries sat during gladiatorial battles have been preserved. From the highest row there is a wonderful view of the city and mountains.

In the city of Demre preserved rock tombs, on the mountain are the entrances with columns, where buried poor (lower tombs — 1 floor) and rich people at the height (the upper tombs — 2nd floor).

Further along the route of the tour Demre-Myra-Kekov from Kemer is provided to go on a sea voyage on a yacht to the paradise of Kekova, where nature and history are combined. Kekova — fascinates visitors with its extraordinary beauty and centuries-old history. The island of Kekova got its name from the sunken city, most of which during the earthquake plunged to the depth of the sea. The view of underwater homes and churches, as well as the natural nature, created breathtaking spectacles.

Traveling by yacht by sea allows you to see the buildings of the destroyed city, which are under water and rock burials thanks to the transparent bottom. The view of the surroundings, which opens during the sea voyage, fascinates the view with its natural beauty. Places that can only be reached by sea attract more and more tourists every year. After such a walk tired, but satisfied you will be able to have a good rest, having tasted delicious dishes and buying enough. The rich excursion is definitely worth your attention, but for preschool ERS it will be tedious.

Benefits of booking a tour Demre Myra Kekova from Kemer in our agency:

Order a tour of Demre-Myra-Kekov from Kemer right now, because it is so easy — go to the site and leave the application. Reviews of the tour can be found on our website or in the group of VK. Thanks to booking excursions without a prepayment — you can easily book a tour, it is also easy to cancel it if you have changed plans. After just a few tours, you will visit the most interesting places and attractions to learn more about this country.