Rhodes from Marmaris is a great opportunity to diversify your holiday, relax not only physically, but also culturally.

Rhodes from Marmaris Thousands of tourists choose every year. Rhodes is the most popular Greek island, which is washed by the Cretan and Libyan seas. The city of Rhodes is the capital of the island and the most interesting object in all of Greece. The main part of the Dodecanese archipelago. The monumental historical center of the 14th century, the ruins of the acropolis of the 3rd and 2nd centuries BC, the famous port with windmills, the statue of the Colossus of Rhodes - not a complete list of what can be seen here. The entire historical part of the city is a World Cultural Heritage Site. The price of the tour includes a shuttle service from the hotel and back, an entrance ticket for the ferry. you can choose the Aegean island boat trip tour from our company.

Only 45 km separate Rhodes from Marmaris. At the specified time in the ticket near the entrance to the hotel, you will be waiting for a bus that will take you to the central port. Every day a ferry goes from here to the island. As early as 10 a.m., he arrives at his destination. The trip is designed for the whole day.

A Schengen visa to Rhodes is mandatory. However, for guests who do not have it, it is possible to obtain a short-term entry permit. The doors of the hospitable island are open to anyone who dreams of getting into the world of myths and fairy tales!

Soft climate, chic sandy beaches, wide avenues with shops, narrow streets with souvenir shops, castles, temples, wall... To be here is like a dip in another world.

The journey to the old city, with 2,400 years of history, begins with the port. This is where the old part of it is located with all the sights. For a long time, the island was one of the most important ports of the Mediterranean. He remained under the rule of Arabs, Persians, Turks, Italians, and Germans for a long time. According to the legend, it is an island, which at one time conquered even ZEVs. And the name of the place was given in honor of the beloved god Apollo - nymphs Rhodes. He himself erected a statue, which belongs to one of the Seven Wonders of the World. The Palace of The Grand Masters, the main residence of the grandmasters of the Order of Hospitallers, built in the 14th century, has also survived.

Separately, it is worth noting the town of Lindos, on the eastern shore of Rhodes. This is a real archaeological center, where you can see the fortress of the Knights of the Order of St. John and a small ancient temple.

To the island of Rhodes should go at least because to see the sunset, because it is the oldest inhabited medieval city in Europe. There is an unearthly magical beauty, and the Valley of Butterflies is proof of that. This is a park in a narrow gorge, where thousands of bear butterflies flock in the summer.

In Rhodes, you can go on your own journey. There is an opportunity to rent a motorbike or a car.

Benefits of booking Rhodes from Marmaris in our agency:

All holidaymakers can go on a trip from Marmaris to Rhodes. Our agency offers comfortable travel conditions at an affordable price. You can book a tour by phone or online. The tour is paid for in fact. For all the questions you are interested in, you can contact our manager. We know how to diversify your leisure time! 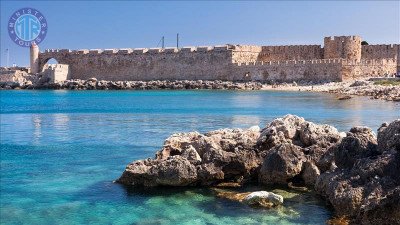 Rhodes from Marmaris our advantages and the reason for choosing

Rhodes from Marmaris will appeal to everyone without exception. The tour will allow you to feel yourself in the Middle Ages, see with your own eyes the incredible beauty of nature, visit historical places and try the amazing Greek cuisine. 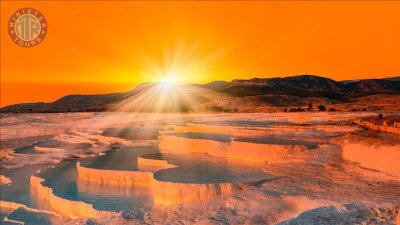 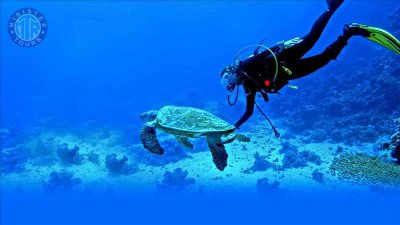 Diving in Marmaris will give an exciting adventure to the depths of the sea. Having made a dive with a professional instructor, the tourist will get acquainted with the flora ... 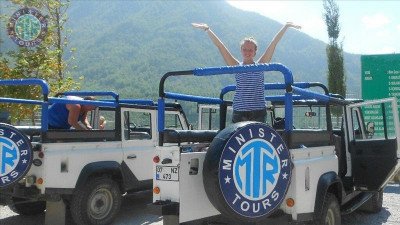 Jeep Safari in Marmaris is an opportunity in a fun company to ride in jeeps around the neighborhood, see the icy waterfall Turgut and get to know the everyday lives of the inh ... 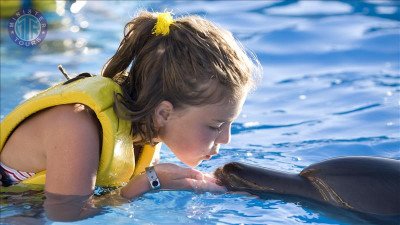 Swim With Dolphins Marmaris is an entertainment that will appeal to both adults and children. Rest with good sea animals will bring variety to the usual beach holiday. ... 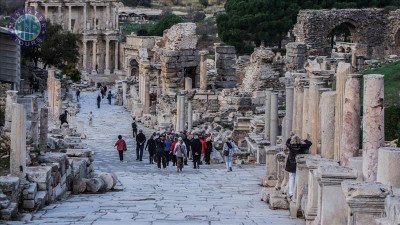 Marmaris Ephesus Tour is a unique chance to gain a great deal of knowledge about the history of antiquity. See the Eternal City, the Temple of Artemis, the tomb of John the Th ... 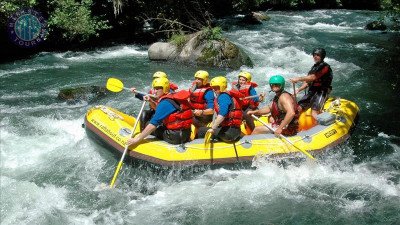 Rafting in Marmaris is an opportunity to diversify your holiday on the beach, break out of the city, learn to act in a team and get a lot of positive emotions. ...