You will travel to pristine nature

Tazi Canyon Tour from Side

Tazi Canyon Tour from Side is an opportunity to visit the ancient city of Selge, see the stone sculptures of Adam Kayalar alive, as well as take the most colorful pictures in all of Turkey

Tazi Canyon Tour from Side Explanations

Tazi Canyon Tour from Side is a journey to the most picturesque and deepest gorge of the Köprülü National Park.

Get a tour to the kingdom of endless valleys, dense thickets of coniferous-deciduous forests, and sheer cliffs that bent over a seething mountain stream. Here, at an altitude of 400 meters above sea level, Turkey will reveal itself from a completely different side, without the gloss of luxury hotels, the sea, and the golden beach.

History of the area. The Tazi Canyon Tour from Side is not limited to visiting one observation deck. The active program begins in the village of Beshkonak, where tourists, having transferred to powerful jeeps, go to get acquainted with the beauty of the Köprulu nature reserve and its sights, which have become available for visiting since 1973.

The area itself has a history rooted in the past for many centuries, when the Koprulu Cay River, which was then called Evrymedon, broke through its deep, strong current in the rocks a crevice 14 kilometers long and 100 meters wide, thereby forming two banks connected between themselves by the stone bridge Oluk, built in the 2nd century BC. by the Romans. The bridge was repeatedly destroyed, rebuilt, reconstructed, but in the end, today you can not only look at the monument of antiquity but also cross it to the other side in order to continue your walk.

Tazi Canyon Tour from Side: visiting the forgotten city

Tazi Canyon Tour from Side, There is another memorable place 11 kilometers from Oluk, where you can rarely meet crowds of tourists. Having passed, along with the stone masonry of the bridge, the narrow road leads further, revealing fantastic panoramic views of the mountain landscapes, and then dives into the thicket of a dense forest, and now behind it is the city of Selge, once the most densely populated and strategically important settlement of ancient Pisidia, with developed trade and agricultural business. It was here that the 5th century BC. minted the first coin. Its fertile land was the object of desire of many peoples who tried to conquer the impregnable city, built on a hill 1300 meters above sea level. However, the locals managed to maintain their independence for more than 3 centuries.

Now there is little that remains of its former power: a theater for 10 thousand spectators, the remains of the temples of Zeus and Artemis, and barrels for storing water.

But a little further begins something that is definitely worth paying attention to - a place called Adam Kayalar, translated from Turkish as "people-rocks". Huge stone giants are involuntarily associated with the petrified army that stands guard at the entrance to the ancient city.

You can only see something similar in the valleys of Cappadocia, as part of a Two days tour to Cappadocia from Side, the cost of which in the season has decreased compared to last year.

Tazi Canyon Tour from Side is perfect for fans of rich programs who want to see as much as possible in one day. When going on a trip, you definitely need to take care of an adequate supply of drinking water and protection from the scorching sun rays and give preference to a comfortable sports style from clothes. And of course, do not forget about the camera, the memory card of which will be full of colorful and vivid memorable photos.

You can order an inexpensive and profitable excursion on our website. If you have any questions, you can get answers in the chat or from our managers in all available messengers such as Whatsapp, Viber, telegram. 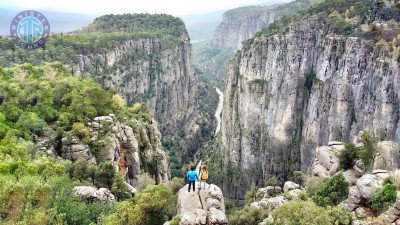 A new program from the tour organizer, a maximum of beautiful scenic views, positive emotions, and information received from our professional historian guide.

Tazi Canyon Tour from Side Programm 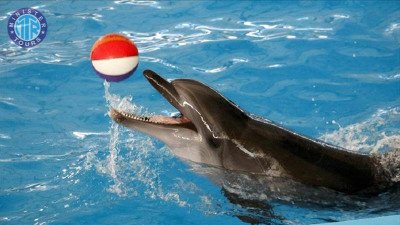 Antalya Dolphin show from Side

Antalya Dolphin show from Side is a trip for the whole family. Here you will see a stunning performance of marine mammals, who can not only swim and jump, but also dance. ... 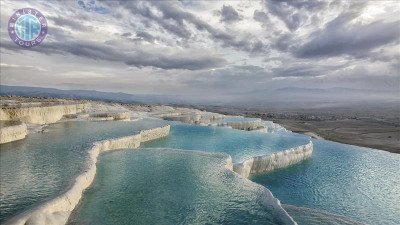 Tour to Pamukkale from Side

Tour to Pamukkale from Side allows you to visit Ancient city of Hierapolis, admire the Travertine trails and take a walk on them, swim in the thermal waters, getting a lot of ...

Sea Fishing İn Side Turkey is the best option to have an amazing moment on the blue beautiful Mediterranean Sea With your Family. enjoy the warm water and thrill under the Hot ... 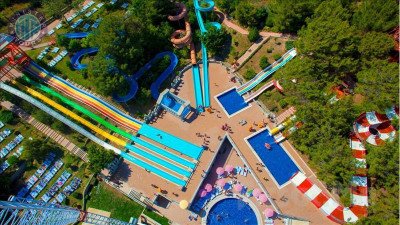 Water Planet park from Side

Water Planet park from Side will allow you to find amazing entertainment on water attractions, pools, bars restaurants, and cafes. Children's leisure will be taken care of by ... 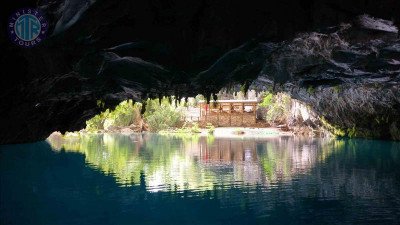 Altinbesik cave tour from Side

Altinbesik cave tour from Side is a journey that will appeal to all who are partial to the amazing beauty of nature and mysterious, unusual places, allowing you to get to know ... 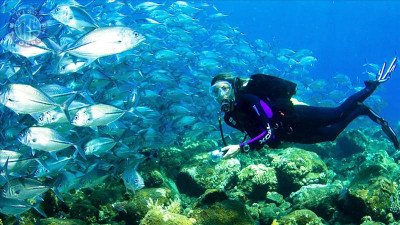 Alanya diving from Side

Alanya diving from Side is for those over the age of 14. You will find a stunningly beautiful underwater world with its amazing inhabitants. The immersion experience is option ...

Green Canyon in Turkey is an amazing place with its own history. The fact is that this place was not built for beauty. Hydrotechnics used the gorge as a natural bowl ...

Anatolian Fire Dance The King of Mediterranean Dances in Side

The Anatolian Fire Dance Tour is designed for those who want to see a theatre show while experiencing interesting historical facts and enjoying a great event ...

Price of Paragliding in Side

For many Tourists, the question arises as to what the price of Paragliding is, whether it is expensive or cheap, we Inform you of prices and services in this blog. ...